We had heard so many fascinating stories about lighthouses along the scenic Oregon coast that we decided to make a road trip from San Francisco to visit one. Here’s what we did.

Breaking up a long drive

Ours was to be a considerable drive of 552 miles, estimated to take approximately 9-hours, so we decided to break our journey into two days.

The first thing we looked for was a convenient bed and breakfast along the route.

We contacted the Old Thyme Bed and Breakfast, 217 miles north of San Francisco in the town of Redding, which came recommended by a subscriber to our articles.

The inn is just minutes from Interstate 5, where we spent most of our driving time, and gave us the perfect break in our travel.

After a super slumber and a delicious breakfast, we were ready for the final leg of our adventure.

On the road again

Interstate 5 traffic continued to be light from Redding to Weed, California, and the scenery improved with each passing mile. The intermittent views of Mt. Shasta from I-5 were often breathtaking.

The most picturesque route to the central Oregon coast begins after leaving I-5 at exit 136 and connecting to Oregon state highway 138. Be sure to make the drive along 138 in the daylight, because you do not want to miss the panoramic blend of lush forests and verdant mountains.

By mid-afternoon we were approaching the coastal town of Reedsport, Oregon. From there it’s a quick 20-minute drive along historic highway 101 north to the art-deco inspired Siuslaw River Bridge that spans the river running along the Florence waterfront.

It was a beautiful crisp day on the Oregon coast.

We took lunch at the Bridgewater Ocean Fresh Fish House in the quaint “Old Town,” section of Florence.

Our selections were fish and chips and fried oysters. Exceptionally fine sea food at reasonable prices. 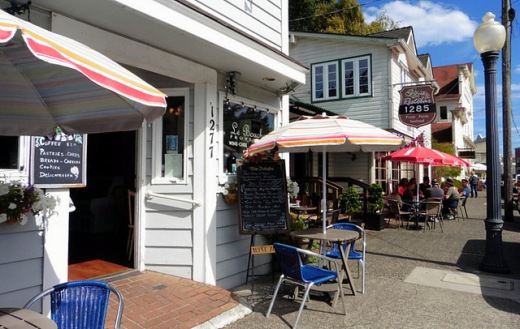 The ambiance of Florence is “American Quaint,” and we were immediately comfortable with the town and our surroundings.

On to the lighthouse

One of the reasons we chose Florence for our base camp was its close proximity to the Heceta Lighthouse.

In 1891 President Benjamin Harrison reserved a coastal headland known as Heceta Head, in Lane County, Oregon, for the sole use of a lighthouse, which was subsequently constructed and dedicated three years later.

The lighthouse, boasts a 1.2 million candle power light — the most powerful on the Oregon coast. It can be seen from far out at sea, and also, from various points along Hwy 101.

The last keeper left when the giant light was automated in 1963. Thereafter, the keeper’s notably unique residence went vacant. 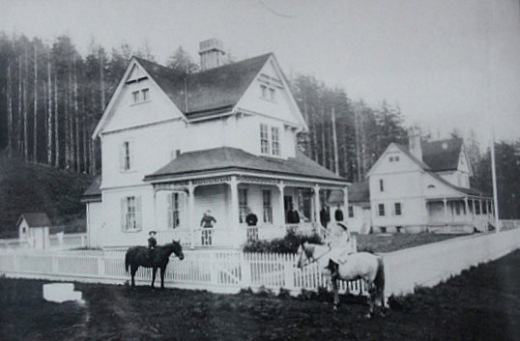 The Heceta lighthouse keeper’s dwelling was put on the National Register of Historic Places in 1973.

Twenty-two year later in 1995, Lane County opened the building for tours and a six guestroom B&B. 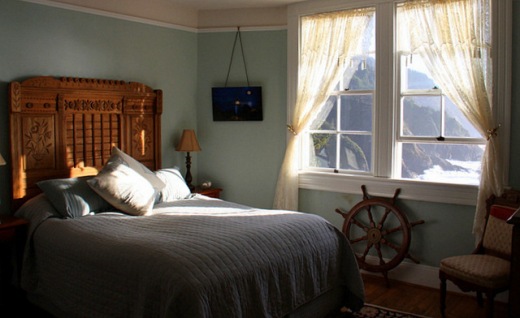 We had the privilege of spending two nights in the Mariner II (the one we recommend) guestroom at the Heceta Lighthouse Keeper’s Bed and Breakfast.

Our room was one of three with an en suite bath. If you enjoy traveling back in time, this is a place you will not want to miss.